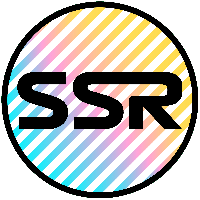 Safe Space Racing / SSR was founded in April 2020 by a small group of drivers during the Covid 19 lockdown
After running a very casual league for a few weeks in an Xbox party, we quickly evolved into a proper F1 racing league
Starting out with 20 drivers in F1, we have expanded to 80+ drivers across 3 Tiers of F1
Not long after we began to compete in various team based Esports events, and formed a competitive racing team
We have competed in the Shazoo Racing Championship, BFR Esports Championship Seasons 1 & 2 and the IXR Championship
An F2 league was started in August and has added another competition to our schedule
This is run by 2 of our original members, who also represented us in the IXR Championship
​We also ran a 100% distance league for 2 seasons
A reversed grid realistic performance league was added halfway through Season 2
All 5 competitions are being prepared for Season 3, follow us on socials for more info & up to date news